The Galicia Europa Foundation, thanks to the collaboration agreement it maintains with the General Directorate of Youth, Participation and Volunteering, has been involved in different European projects in the field of territorial cooperation and youth, mainly in charge of communication and training for beneficiaries.

Between 2016 and 2020, the FGE participated in the LIDERA and EUROCIDADE_2020 projects, both approved in the first call for the Spain-Portugal cross-border cooperation program (POCTEP) 2014-2020 and closed in 2021.

Check out all the news from the project

At the closing ceremony of the project, the following results were highlighted during the five years since its launch: 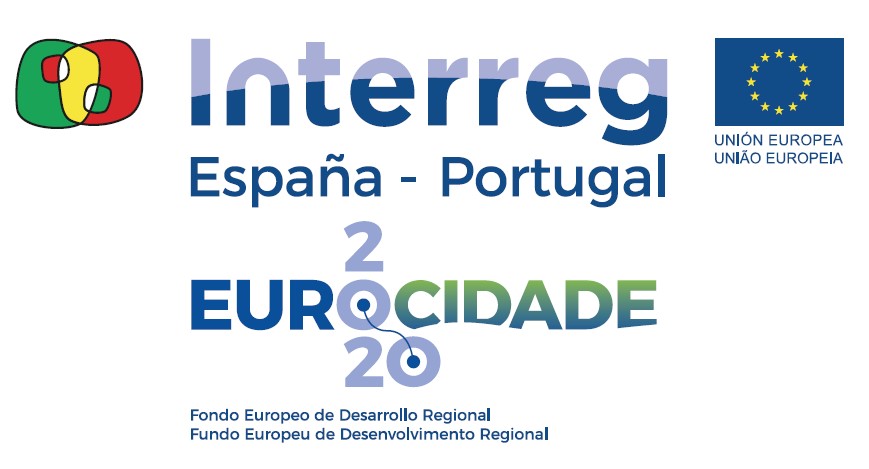 Eurocidade_2020 (In English, Eurocity_2020) is consolidated as a transversal cooperation project, as long as it is led and allows the realization of the corporate purpose of a European Groupings of Territorial Cooperation (EGTC) such as the Eurocidade Chaves-Verín. This EGTC is a group of cross-border municipalities with their own legal personality in Spain and Portugal and is responsible for jointly managing local competences with the aim of promoting the institutional, economic, social, cultural and environmental convergence of their entire territory.

During the closing of the project, some of the results achieved were highlighted, such as the implementation of the pilot project of cross-border urban transport (TUT, transporte urbano transfronteirizo), the beginning of the network of tourist stations of Chaves-Verín “Eurocidade da auga” (In English, Eurocity of water) as a cross-border tourist destination, the strengthening of the rehearsal space Musical da Xuventude and the Oficina de Xuventude Transfronteiriza or the making of more than 300 cross-border activities in multiple fields such as tourism, education or culture.

Check out all the news from the project

In short terms, EUROCIDADE_2020 was a cross-border cooperation project that facilitated dialogue between the different actors in the territory of the Eurocity, consolidating cooperation between them, improving the preparation of the Chaves-Verín Eurocity for future challenges.

Between 2010 and 2013, the Galicia Europa Foundation participated in the Eco_Innova project, led by the Concello de Ourense and co-financed by the EU Transnational Cooperation Program “Atlantic Area” 2007-2013, with the aim of informing and promoting eco-innovation among SMEs in the participant regions.

Between 2011 and 2015, the Galicia Europa Foundation was part of the project “Mozos emprendedores da Eurorrexión. EMPRENDE”(In English, Young Entrepreneurs of the Euroregion), led by the General Directorate of Youth, Participation and Volunteering and co-financed by the Spain-Portugal Cross-Border Cooperation program 2007-2013. The aim of the project was to encourage entrepreneurship and facilitate access to entrepreneurship for young people in Galicia and northern Portugal. With a budget of more than € 700,000 (75% co-financed by the ERDF), EMPRENDE has developed various activities of advice and business cooperation, support for entrepreneurial youth initiatives and empowerment of young talent in the Euroregion Galicia-North of Portugal.