— It has done so in a study presented at the seventh meeting of the Contact Group between the European Committee of the Regions and the United Kingdom in Brussels with the participation of the Director General for External Relations and EU, Jesús Gamallo.

— The study “New trade and economic relations between the EU and the UK: the impact on regions and cities” also presents Galicia as one of the regions with a medium-high exposure to the effects of Brexit.

— The CoR meeting also assessed the search for synergies between the EU and the UK at regional and local level to support the energy transition in the current sensitive geopolitical context.

— The Galicia Europa Foundation participates in the meeting and collaborates with the Regional Minister in her visit to the European Commission.

Brussels, 7 September 2022. The Director General for External and EU Relations, Jesús Gamallo, took part today in Brussels in the seventh meeting of the CoR-UK Contact Group launched in 2020 between the European Committee of the Regions (CoR) and British regions and municipalities. Among its objectives, this group seeks to strengthen cooperation at sub-national level between the European Union and the United Kingdom to compensate for the contacts lost due to Brexit. The meeting was attended by members of the Committee of the Regions and British local and regional authorities.

During the meeting, the study commissioned by the European Committee of the Regions entitled New EU-UK trade and economic relations: the impact on regions and cities was presented, which seeks to explain the impact of Brexit on European regions and the effects of the EU-UK Trade Cooperation Agreement (TCA) that came into force in 2021.

Despite the scarcity of data at regional level, the study uses several statistical indices to draw a map of regional exposure to the effects of Brexit based on the main sectors of specialisation of the European economy: automotive, electrical machinery, wood products and furniture, and agri-food products. Galicia shows a more pronounced exposure in the latter sector and, at European level, it is one of the regions with a medium-high exposure, obtaining a score of 3 out of a maximum of 4.

The study presents the services implemented by the Xunta de Galicia to accompany companies in this paradigm shift: the Igape Responde Brexit service, which deals with specific queries and includes a personalised self-diagnosis tool to anticipate and adopt the necessary measures; the Brexit office in London for direct advisory services in the United Kingdom; information and training services; and the Brexit cheque, which provides financial assistance for a business diagnosis and the preparation of contingency plans.

The study presented at the CoR sets out the services put in place by the Xunta de Galicia to support companies in this paradigm shift through the Igape Responde Brexit service.

The group also endorsed the support of the CoR and local and regional authorities for the work of the IU-UK Parliamentary Partnership Assembly (PPA), a forum composed of members of the European Parliament and the British Parliament to exchange views on the implementation of the Brexit deal and which can propose recommendations to both parliaments. In addition, the session included a discussion on finding synergies between the EU and the UK at regional and local level to support the energy transition given the complex times the EU is going through in relation to energy supply and rising prices. The current status of the Northern Ireland Protocol was also addressed and its implementation discussed.

At the end of the meeting, the Director General for External Relations and the EU, Jesús Gamallo, pointed out that Galicia “is at the disposal of any European region or the United Kingdom to cooperate at this delicate time in terms of energy supply”. He also explained how “Galicia is working on its Energy Agenda 2030, a roadmap, which provides for public investment of more than 630 million between now and 2024 to have more renewable sources and promote energy efficiency and self-consumption in order to achieve the ambitious goal of climate neutrality in 2050”.

Given this situation and the damage that the current status of the wolf represents for their communities, the four regional representatives invited the Commissioner, as well as a delegation from the Environment Committee of the European Parliament, to visit their respective territories to see the real situation of the wolf on the ground and hear first hand the demands and problems of farmers and residents of the areas in which it is concentrated.
Likewise, they also invited the Commission to carry out the audits they deem appropriate to compare the wolf data in the four communities.

It should be remembered that in September last year, a ministerial order came into force that included all Iberian wolf populations north of the Duero River in the List of Wildlife Species under Special Protection Regime (Lesrpe). This decision, adopted unilaterally by the central government and without taking into account the criteria of the main wolf-producing communities, meant the practical prohibition of any hunting control measures against the species due to its new level of protection.

Galicia, Asturias, Cantabria and Castilla y León appealed the order before the courts, as they understood that the favourable conservation status of the species did not justify the decision from a scientific point of view, nor had it been adopted following the previous procedures or the usual steps to introduce a new species into the Lesrpe.

In spite of this, last July the Ministry approved the new Strategy for the conservation and management of the wolf and its coexistence with rural activities, again without taking into account the arguments of the main wolf communities and with the vote against Galicia, among others.

In 2020, the EU’s Regional and Local Assembly launched a contact group with UK local and regional authorities to ensure that political dialogue continues at this level after Brexit. Led by the President of the French region of Brittany, the group is composed of 12 members of the CoR and representatives of associations of municipalities in the UK and the governments and parliamentary assemblies of Scotland, Wales and Northern Ireland, as well as the City of London and the Government of Gibraltar. 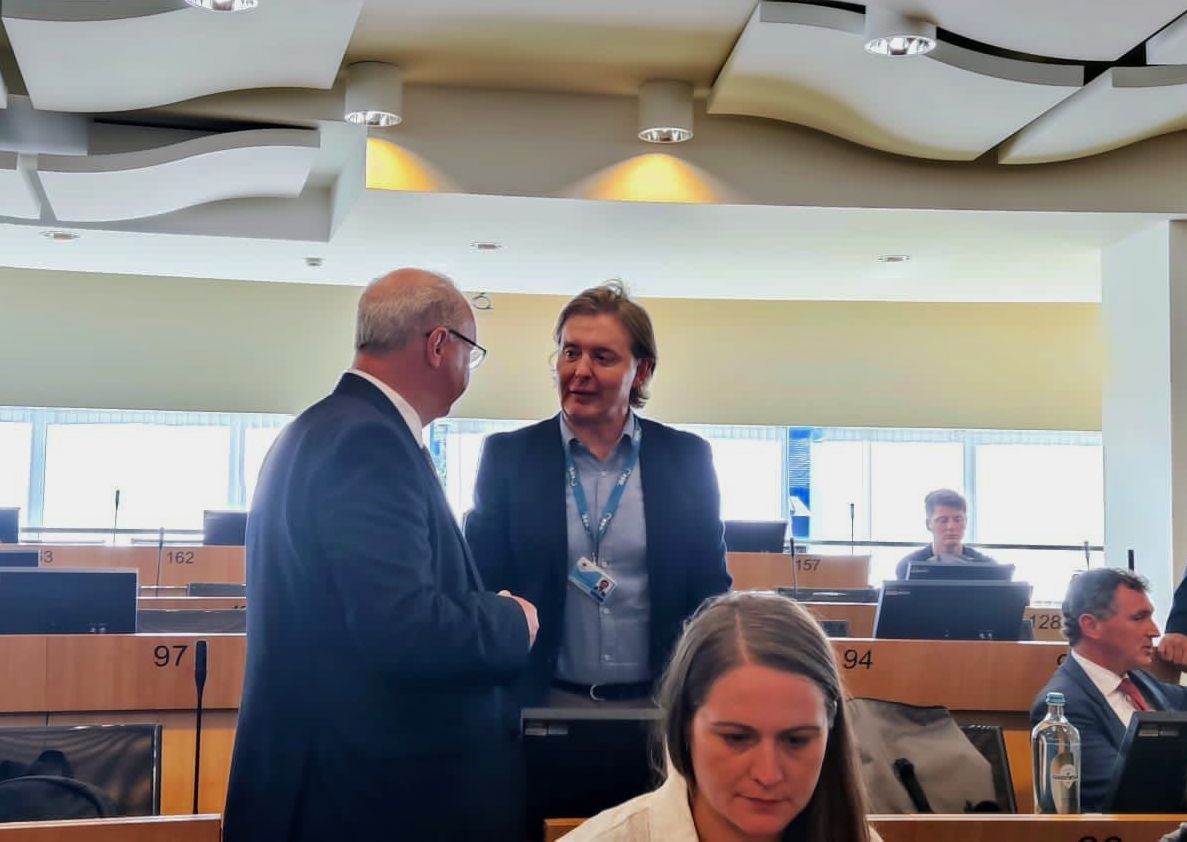 Automotive regions team up for a just and sustainable transition